Walters Architects were approached by a speculative developer to design a new office building on a site they already owned and had part developed. Having already started building the infrastructure of a small housing scheme the client wanted to explore the possibility of further utilising a triangle of land opposite their current project.

The location is remote, outside a small Leicestershire village, so we wanted the new office building to look and feel like a barn conversion which would fit into its immediate surroundings and marry the existing local vernacular. This approach helped with the massing of the proposal, as we could potentially utilise two floors, it helped inform the materials and proportions of the glazed gable and windows as well as complimenting the house styles already on the site.

The client was delighted with the scheme, and we are currently awaiting to submit the project for planning once the housing development is completed. 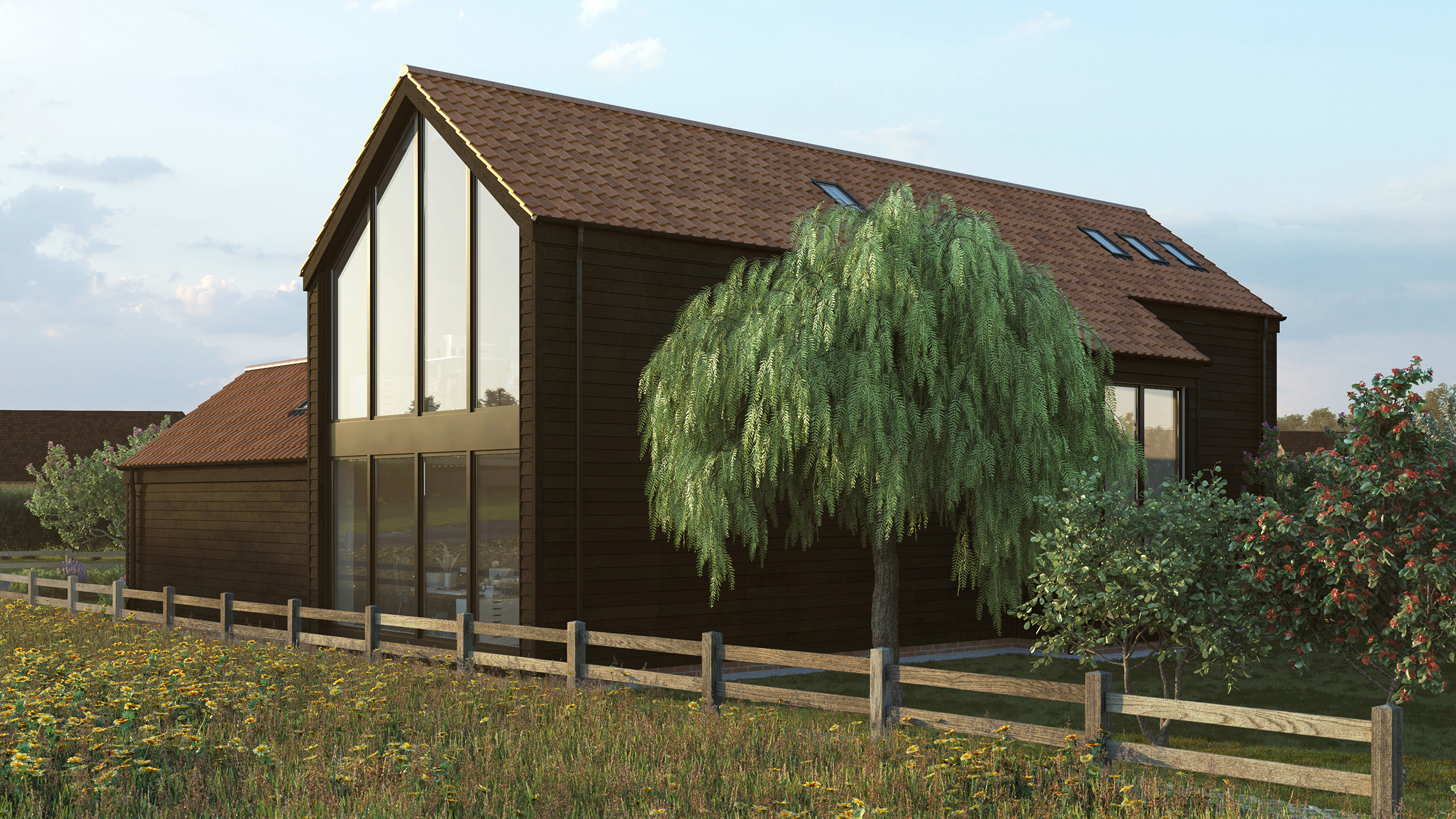