Walters Architects worked closely with the client to deliver this large warehouse building on the outskirts of Leicester. The practice was involved from concept to completion and provided full Planning Approval, Building Control Approval, Detailed Tender Documents and administered the RIBA Building Contract.

Whilst the main building contract was a RIBA Commercial Contract, a separate bespoke agreement was entered into for the excavation, removal and disposal of 3 types of contaminated soil on the site. This part of the works was resolved in an ‘open book’ agreement and was undertaken before the construction works began. Walters Architects and the client worked closely with the contractor to minimize the cost on the disposal of the contaminated land via this method.

The main structure is a simple steel portal frame with single skin (non-insulated) profiled steel cladding, solid precast concrete sections from ground to 1500mm between sanctions (reduce impact damage) and a 1hr fire-rated wall against the site boundary. The building has been designed in the same way as a typical agricultural building to save costs on expensive, and in this case irrelevant, insulated cladding panels as the structure is only intended for product storage.

Other works included on this project were a small retaining wall, a lightweight covered link from the new building to an existing building, the re-leveling and re-surfacing of the existing and new service yard areas as well as new hard landscaping around the new building.

The construction contract ran for 5 months and was delivered on time and within budget. 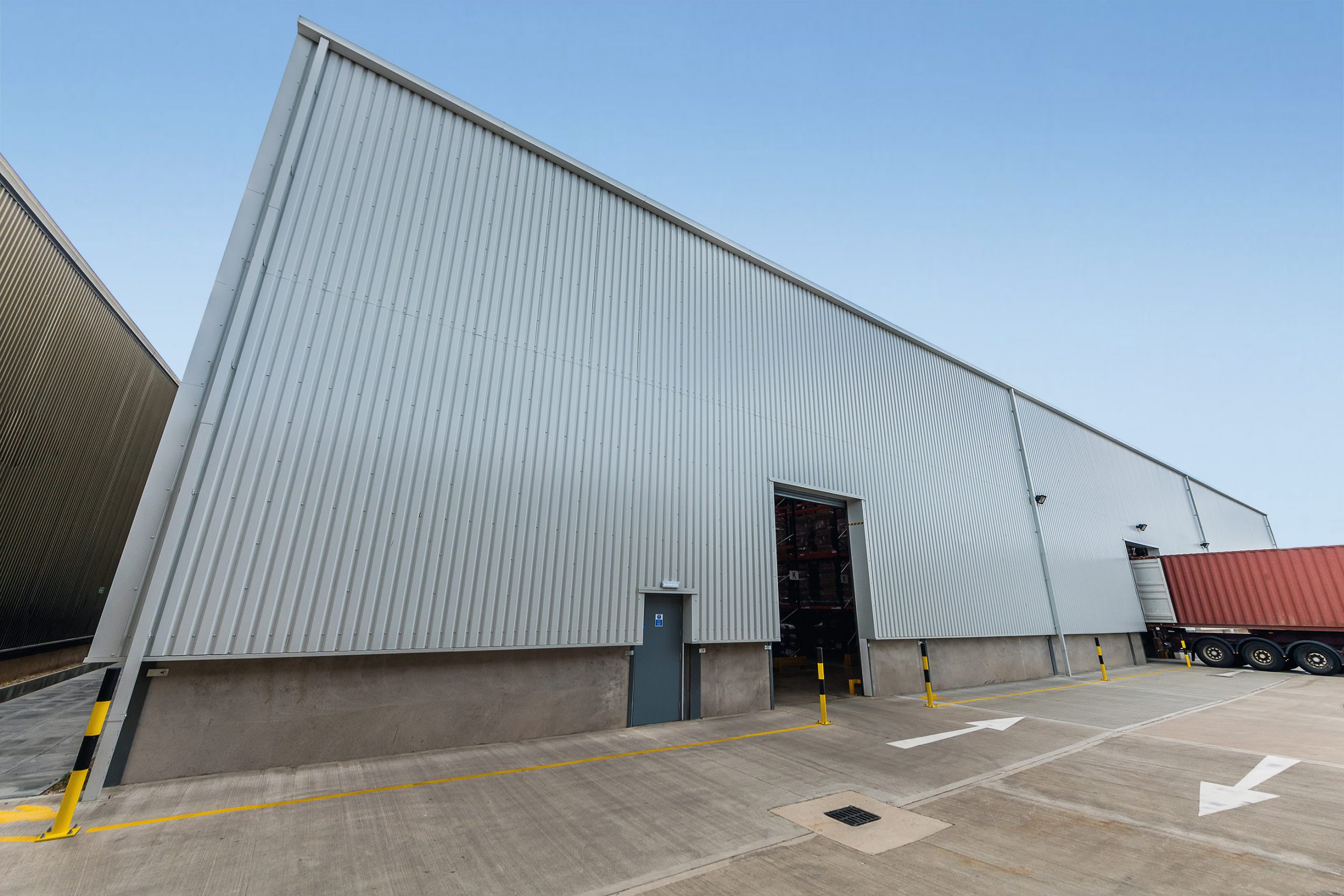 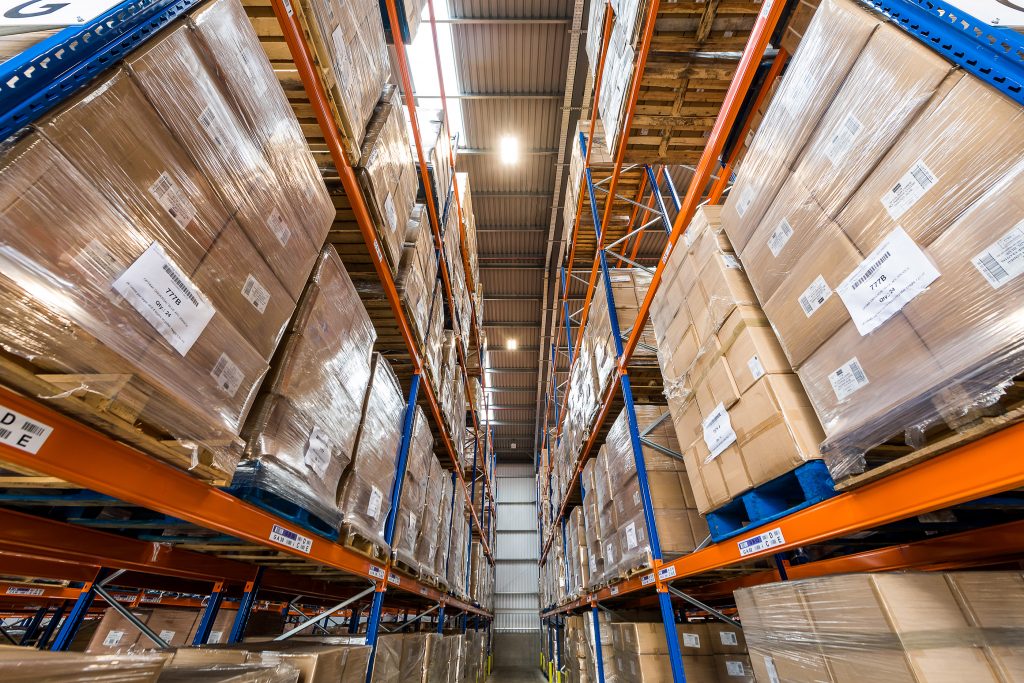 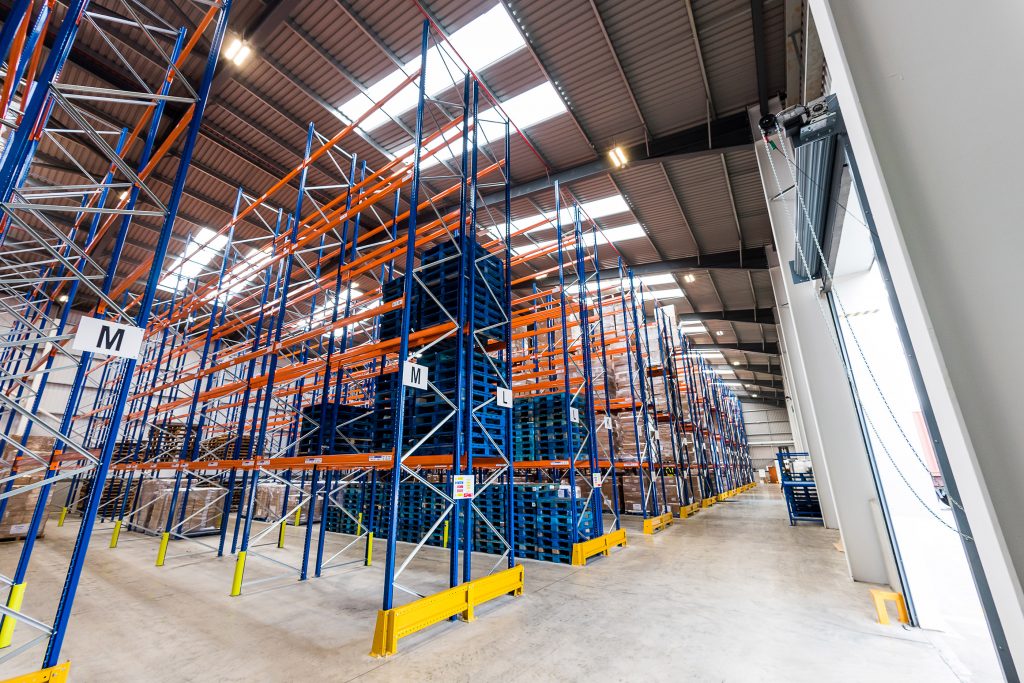