As part of wider masterplan to include 5 new industrial buildings over a proposed new commercial site in Leicester, this new build valeting suite for a famous German car manufacture forms part of an extension to their existing showroom and repair facility.

Walters Architects were approached by the Project Manager to design the building and help gain relevant approvals, assist in the appointment of other related consultants and help assemble the Tender pack for a Design & Build Contract associated with the new building.

Developing the detailed brief involved working closely with the end user, the landowner’s agent, the Project Manger as well as structural & civil engineers.

One of the main difficulties with the scheme was accommodating the existing topography. The site is on a hill and there is a large slope which runs the entire length of the site in both a northernly and eastern direction. The overall level difference across the site was approximately 12m.

The solution was a large retaining wall (100m long x 7m high) anchored back into the highest part of the site under the intended hard standing of our new development. This would create a step in the centre of the intended site and allow for further development on the lower tier to follow.

Another challenge was the level of the existing show room being higher than our new proposed valeting suit. The two sites needed to be linked as well as accessed independently. Ramps between the two were difficult to accommodate. The gradient of any link between the two was determined by the expected movement of cars so access could only be slight in most cases.

Because the proprietary units making up the retaining wall were concrete and there is a lot of hard standing for standing cars, both hard and soft landscaping were key elements to the overall design and planning requirements. Soft landscaping is also used to screen the perimeter fences of the site and a ‘green wall’ is proposed for the retaining wall. The landscape strategy softens the look of the over scheme as well as providing some security for the site. 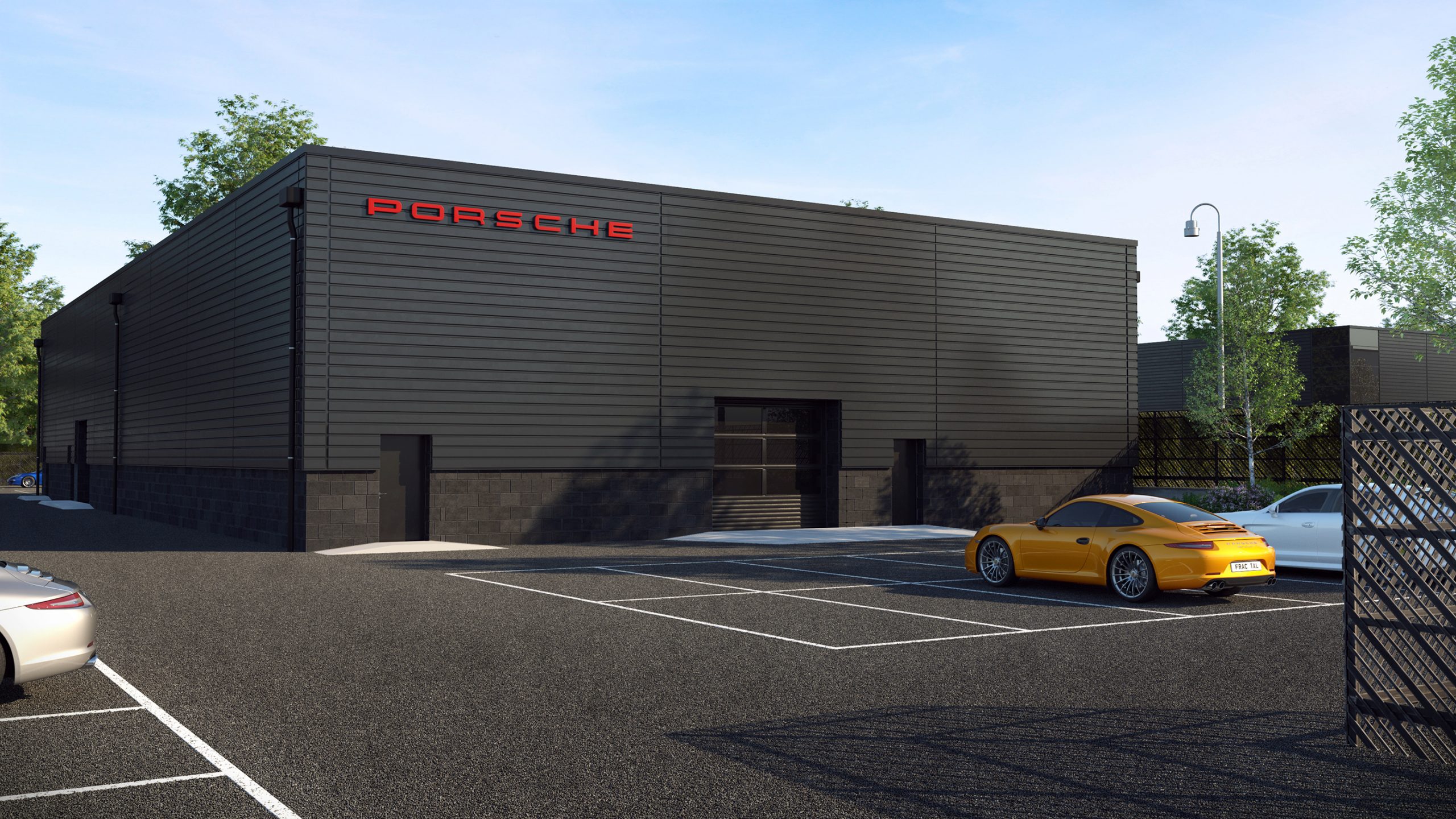 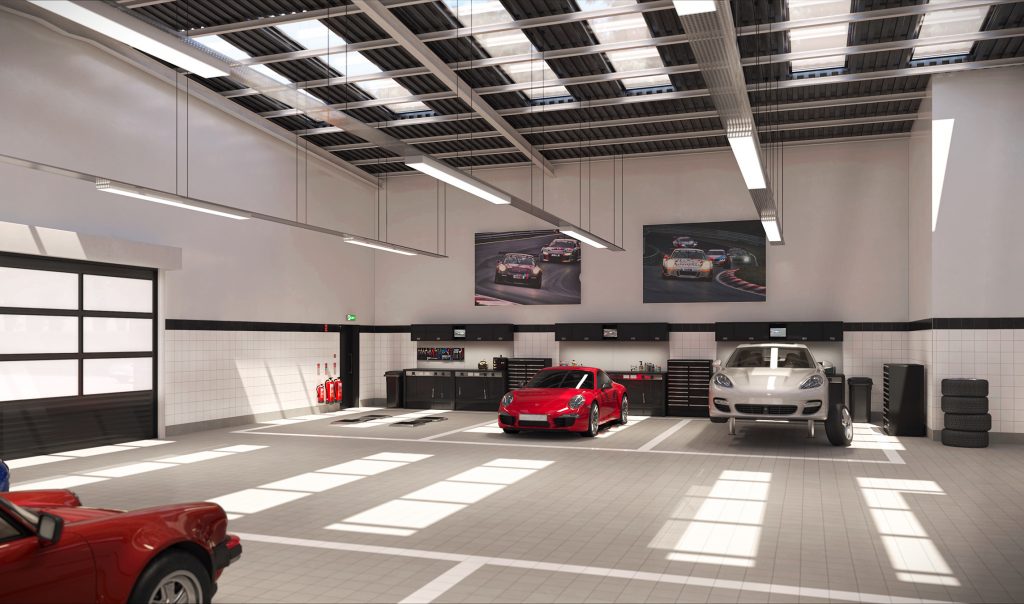